Our trip to Stew Leonard's was a successful one. Minnie and Oreo the resident dairy cows have gotten so big. It's kind of neat to see the cows growing at the same rate as Sunny. 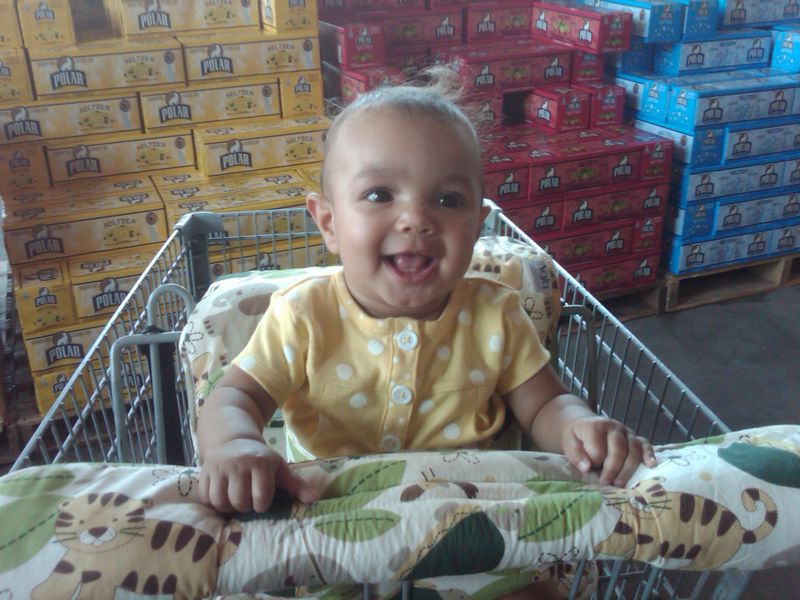 Sunny is trying to wave hi and bye to everything…it sort of looks like she's rolling her wrist round and round, but I love the effort she puts into it. She waved to the chicken's, ducks, cows, and singing banana's inside the farm.

We discovered this weekend that Sunny loves ice cream. It was an accidental discovery as we had some soft serve frozen yogurt and Sunny got a lick…then she put her entire face in it, lunging forward with both hands out. 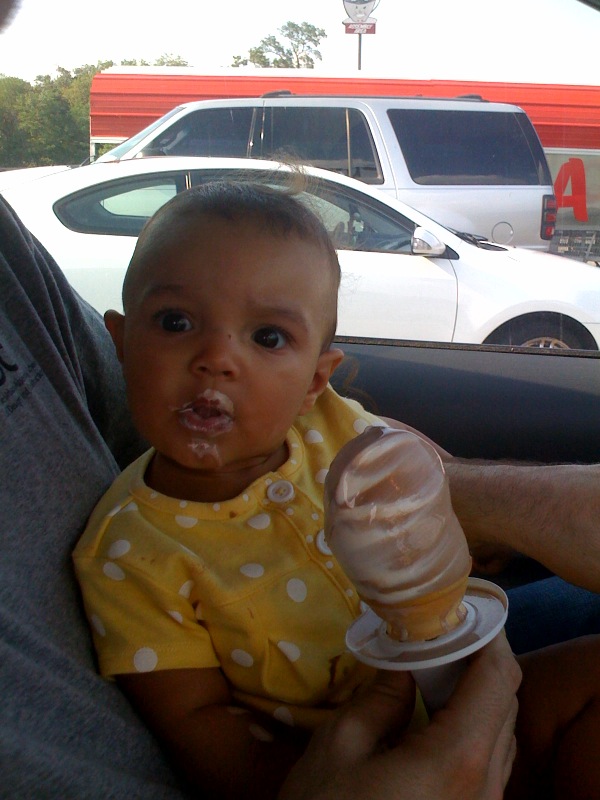 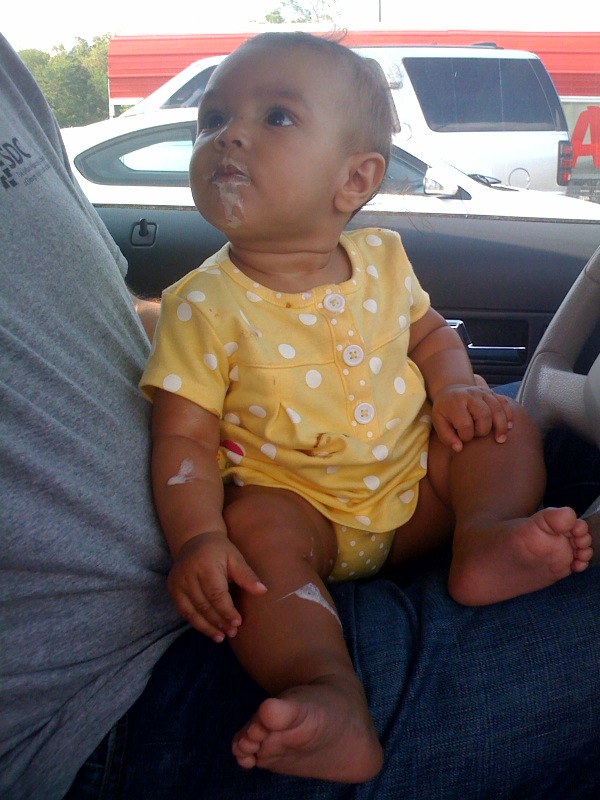 On Saturday we met up with our new play group. Governor's Island is a really cool but haunted place. The ferry trip from Lower Manhattan is great, it was Sunny's first time on a boat of any kind and she enjoyed it… thought you probably can't tell in the pic below. We had a picnic in the shade and then walked around the perimeter  of the island. It sort of looks like at one point lots of people lived there and then they were all asked to leave in a hurry. There are a few huge yellow houses among the apartment buildings and I asked Matt if maybe we could live in one of those, given they could end up being huge real estate at some point…apparently nothing there is for sale, oh well. 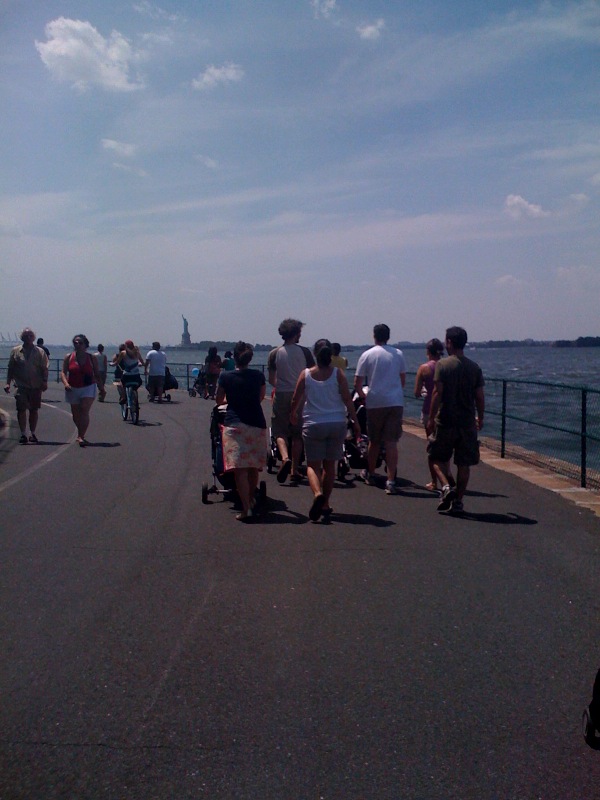 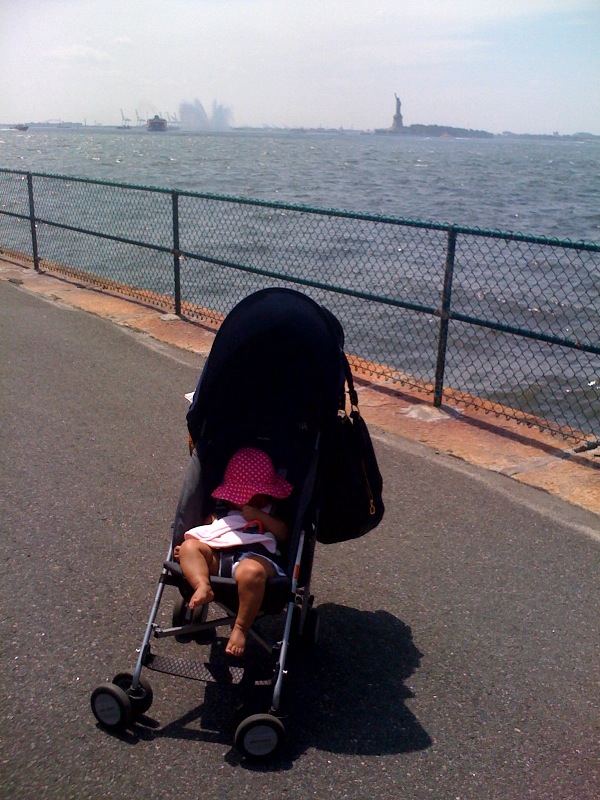 We have an exciting week ahead of us. Sunny and I will be going to visit Jenn and Ethan at their lake home in Pennsylvania and we're also taking a road trip to Nantucket for a friends wedding!

It's a very busy summer but we wouldn't have it any other way.

Sunny is a beautiful girl just like her mother. Papa thinks she is awesome. Ice cream reminds me of another little one doing the same thing.
Papa